First of all, to the father and son who were involved in the incident off Stanley, Tasmania: I can’t imagine what you went through on the day, and in the aftermath, which I imagine is ongoing. It would have been a horrifying incident that I’m sure is far from behind you. I don’t know the specific details of what happened, only what has come through the media. But from this, I would concur with what others are saying, in that it was a really strange and unusual event. I’m sure that hearing this is doing nothing to ease the trauma that was caused. In fact, the rarity and isolated nature of this sort of interaction may be doing exactly the opposite. I hope you are both able to recover physically and mentally as quickly as possible and as well as possible.

To the community: Sharks are an incredibly complex group of animals, and we are continually reminded of how little we actually understand them. This is in no way due to a lack of effort. While general interest tends to focus on just a handful of shark species, because they are iconic and/or because of their potential to cause harm to humans, it must be recognised that there are over 500 different species of sharks. They are all unique and different, and each has reason for us to make the effort to understand them better.

It’s frustrating, but even when it comes to the ‘big three’ in terms of potential for negative human-shark interaction (white, tiger and bull sharks), we still struggle to grasp even the most basic of desired knowledge. We don’t know how these animals will behave in various situations, what motivates them, and most importantly, why they sometimes show a curiosity or interest in humans. This is hard to accept, but it is the reality. Sharks are wild animals, and with that, comes unpredictability. We can study many animals with relative ease in their natural settings and habitats, but large, highly migratory, oceanic species like these preclude most methods of behavioural study that we use for other animals. The diversity between species also means that we need to be asking these questions on a species-by-species basis. Furthermore, individuality within the same species (just like variations due to personality withing human beings) means that there will always be anomalous occurrences even to things we think we know.

Although the past few weeks seem to suggest otherwise, shark bites on humans are still rare events. This makes drawing out any sort of statistically-relevant answers, or even trends, extremely difficult, if not impossible. The ocean is full of risks; sharks are only one of them. And in comparison to other risks present to water users; the risk sharks pose remains minor. While this is of no help to those (including family, friends and responders) who have had the unfortunate luck of being on the other side of these statistics, it’s something important to keep in focus. There simply is no way to protect everyone against every situation; risk is a part of living and it’s something we must accept. The same can be said for sharks: there is simply no way we can prevent against all shark bites. It is simply a risk that must be assumed by water users. All’s we can do is continue to learn, and continue to take all reasonable precautions in respect of these animals, and the other mighty forces of nature that shine through when we’re out and about in the oceans.

While it may seem unrealistic in light of the events of the past few weeks, hopefully our understanding and respect for these very important animals will continue to improve to the point where coexistence is easier, and becomes an obvious decision. 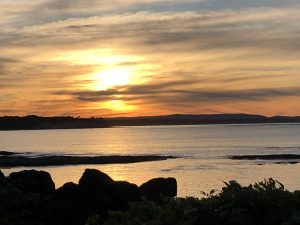