Hot off the press (and something quite different to my past publications)!

Thanks to support from the Cooperative Research Centre for Developing Northern Australia (and partners) and The University of Queensland, I had the privilege of being involved with the situational analysis for developing a rice industry in Northern Australia, and writing up the project reports. I learned soooo much about the Australian rice industry, its history, and the great and exciting potential for its future.

Did you know northern Australia is home to four native species of wild rice?

Some interesting background information on the importance and need for rice includes:

‘Rice is grown in many regions across the world, with diverse production methods. Surprisingly, though, despite the fact that the rice genus (Oryza) is comprised of 27 species (Stein et al. 2018), we are heavily reliant on just a very small fraction of the potential Oryza gene pool.‘

Overall, the market for Australian rice sits at around 130,000 tonnes of indica rice domestically and a further 1,700,000 tonnes internationally (SunRice 2019). Yet in 2019, Australia was only able to produce 55,000 paddy tonnes of rice. Improved and regionally expanded rice production would allow for more Aussie rice on the shelves. Production in northern Australia could also reduce the environmental footprint of rice production in Australia.

So, a rice industry in northern Australia? It would take a bit of time, effort and resources to properly and concertedly build the industry up, but seems like it could certainly be possible, profitable and a win for Australian agriculture and rice-loving consumers!

Our final report has just been published! You can check it out here: https://crcna.com.au/resources/publications/situational-analysis-developing-rice-industry-northern-australia-final-report 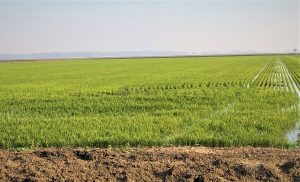